Rusting Red Car in Kuau “ by Jean Michel Basquiat was executed in 1984 during one of #Basquiats jaunts to Hawaii, made obvious both from the painting’s title as well as the astute handling of color and line exhibited within the work. The paintings and drawings the artist completed while in Hawaii show exceptional precision and attention to detail, a characteristic made evident by the manner in which the red car is fully rendered as the focal point of the painting. The historical significance of this painting is threefold. In addition to the subject and origin of the work being of particular importance in the context of Basquiat’s career, Red Car in Kuau was completed around the time that Basquiat’s relationship with Andy #Warhol began to mature. Many speculate that this work is said to be in reference to Warhol’s car crash images of the 1960s. Red Car in Kuau is a preeminent example of Basquiat in conversation with Andy Warhol, preceding their formal collaboration, which began later that year. @diadetroit

Oil stick and oil on canvas

A life-size musician with large, clumsy hands, disjointed body parts, and wide, piercing eyes strums a guitar. An equally arresting head in the lower left corner is thought to be a self-portrait of the artist and a kind of visual signature for the aging Pablo Picasso 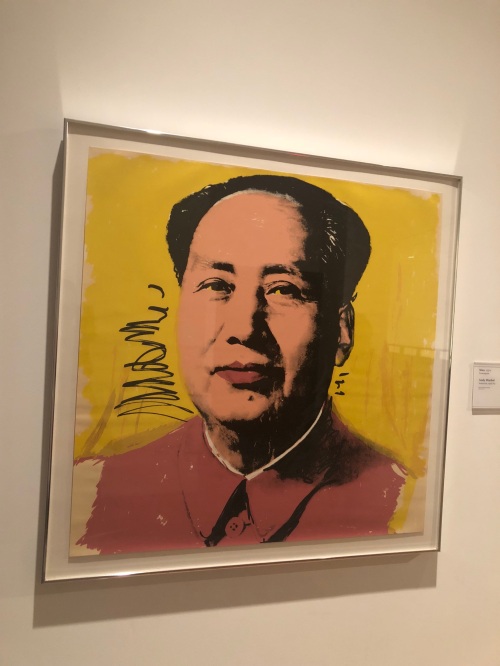 Hebru Brantley piece from his 2016 collection.

One of the most important postwar artists, Ed Ruscha came into prominence during the 1960s pop art movement. First recognized for his associations to graphic design and commercial art, Ruscha became admired for his meditations on word and image. Working in a variety of media and taking the environment of Los Angeles as a guide, Ruscha creates candid, comic presentations of familiar ideas and locations that continue to impact contemporary art. 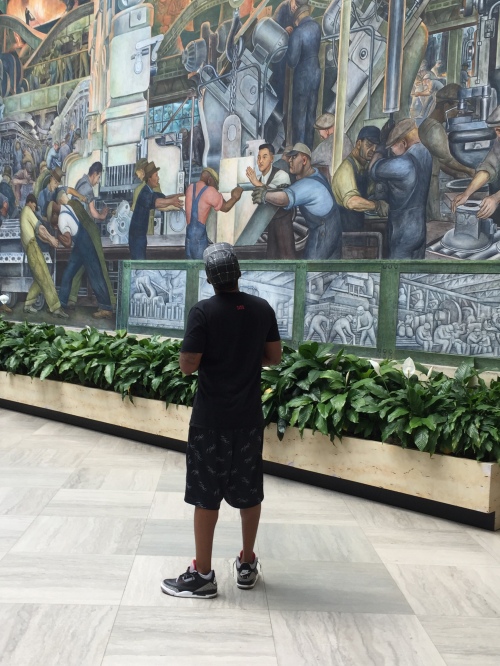 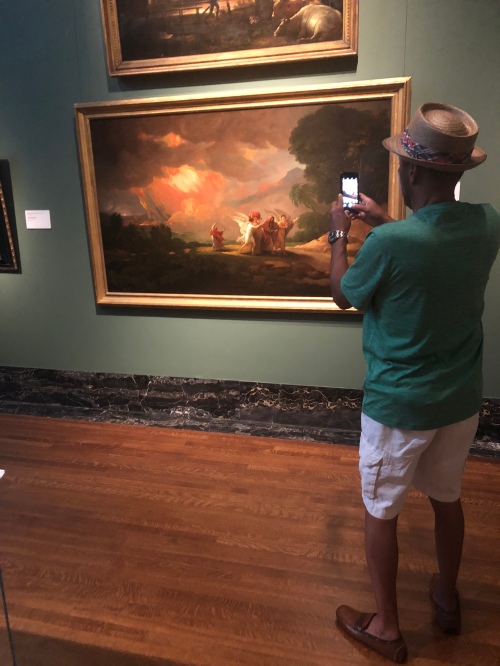 “Lot Fleeing from Sodom “ 🔥 by #BenjaminWest 🎨 #1810 oil painting on panel owned by Detroit Institute Of Arts.

This is an original oil painting of Lot fleeing his city of #Sodom as #GOD⚡️ destroys the Valley area 🔥 where people are living wicked with vice.

Frank Stella works are influenced by Jasper Johns, Jackson Pollock, Barnett Newman, Franz Kline and Caravaggio. This 3 D Stella pictured above is one of my favorite paintings at the Detroit Institute Of Arts museum.